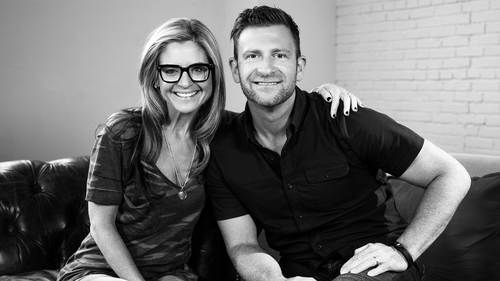 Hey, everybody, how's it going, I'm Chase Jarvis, welcome to another episode of the Chase Jarvis Live Show. We're here, we're on Creative Live, this is the show where I sit down with the most awesome people, and my goal is to unpack their brains, with the goal of helping you live your dreams, in career, in hobby, and in life. My guest today is the founder of Together Rising, and Momastery, I said it, I got it right. You did it, nailed it. She's an activist, and the number one New York Times best-selling author, we're going to have an hour plus conversation, Love Warrior is the book that changed my relationship with you, I have a huge joy in welcoming you to the show, Glennon Doyle. Thank you. We made it happen. (slow rhythmic drumming) (audience applauds) They love you. (overlapping chatter) The audience goes crazy, Abby's over there, audience of one. Thank you, Abby, thank you, thank you. Well, it's been a long time coming, I've been watching your work for some time, and y...