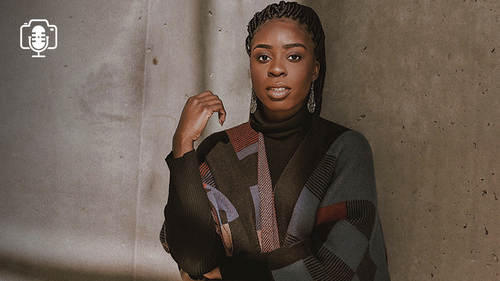 Mhm. Mhm. Mm. Mhm. Yeah. Yeah. Hello, everyone. And welcome to Creativelive. Welcome back to Creative Live If you are joining us for the very first time. Welcome. Uh, my name is Kenneth Klosterman, and I am your host. We are streaming to you live on creative live TV as well as critic lives, social channels. So if you know us, we love to do the shout outs. If you are on creativelive dot com slash t v, you can click on the chat icon and that will allow you during this conversation to be chatting with each other or fellow community. Or if you're watching on socials, type in where you're tuning in from type in how you're doing today. We love to again interact with you as well as give you those shout outs with people tuning in from all over the world. Uh, so I am thrilled today, um, to bring a very special guest. Haidara Expo onto court of live TV. Uh, this is an episode of our series celebrating the month of Black History Month, and we have partnered with black women photographers, which i...

As photographers, we often don’t like to be on the “other” side of the camera. Idara inspires us with her 30+ week Self Portrait Sunday series that took off during the pandemic. Find out how the vulnerability of making self-portraits can not only get your creativity flowing but also heal and build self-confidence. Idara shares her process in both capturing the true essence of her subjects, as well as honing her post-processing style. We talk about storytelling - whether that’s through a still of an individual’s face or through the moments you can edit together with cinematography. Idara is a brilliant example of how passion projects create space for paid opportunities.

Idara Ekpoh is a Nigerian-American Portrait Photographer whose art is centered around celebrating Black women and their stories. She focuses on creating captivating visual experiences through her dreamlike & cinematic portraits. She has been able to utilize photography as a medium to not only tell her own story through self-portraiture but to empower and bring visibility to the voices and stories of those within her community.