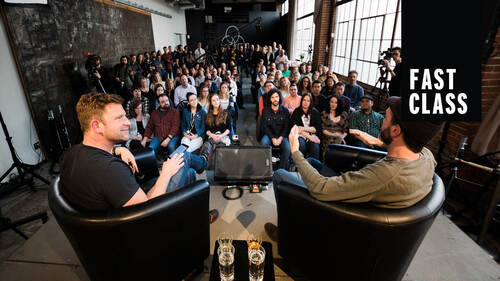 I want to cover, I want to tell you what we're gonna cover today in the class. So, we have a set of blockers in our culture. We get people who love us very much and care for us, like Miss Kelly, right? Like our parents, like our career counselors, like our bosses and our peers who do everything they can to help us succeed in life, but often what they do is they give us terrible advice. Anybody here ever been told that pursuing their creative calling in life in crazy, naive? Okay, uh... Whimsical, playful? Okay, we've all heard these words before but the reality is and what I wanna underscore today is that pursuing creativity and listening to that calling, who we are inside, is arguably the most practical thing that you can do because what is creativity if it's not the ability to put two things together, anything, and make something new and useful? I think culture assigns creativity equals art, but that's not the case. Creativity, our art is a subset of creativity. Creativity is the thi...