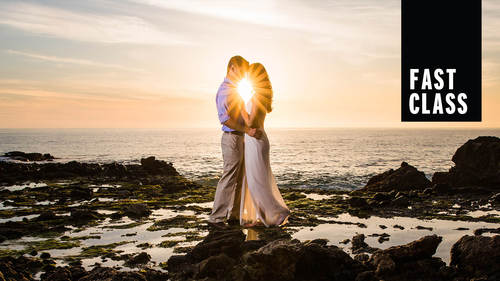 I want to talk about the five common key light patterns. So this is important. Understand? Because every one of these key patterns these key light patterns and by key light I just mean your main light, your main light that's falling under the person's face. Everyone, these creates a different effect on what this is. This is a very small or ah, hard light that's put on her so you can see the edge of the shadow on everything. Okay, this is directly in front. So when you're light comes directly over the camera, pointing straight to your subject's face, that's flat lighting. If we're to shoot this way in this room, that would be flat lighting. Okay, flat lighting is fantastic. People think that Oh, it's not very interesting, is not? Everybody does well. It's great because it's It's a beauty. Like if you'll notice that most beauty most like cosmetic type fashion, those kind of things, they use a lot of flat light Bill kind of mixed on balance between these two, basically, because the more f...