Lesson 24 from: FAST CLASS: Turn Your Service Into A Product 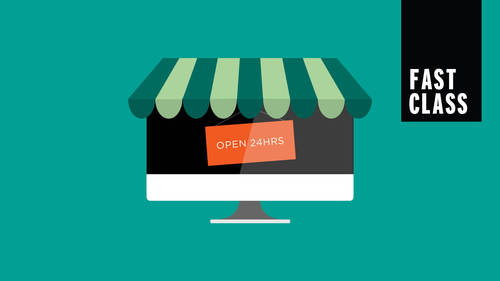 Lesson 24 from: FAST CLASS: Turn Your Service Into A Product

Change How You Think About Your Business

The Profit in the Process

What is an Asset?

Identifying What You're REALLY Selling

Observe What Matters in Your Customer's World

Identify What Your On-Boarding System Needs

you know, if you do that process, go through and answer those questions, you're going to have a litany of things to put into your on boarding process is going to know what the needs are and you're gonna have some ideas of how you can meet them using either motivation or by helping your people to create habits. Because ultimately, those are the two ways that we create behavior change, right? That's what learning comes down to taking advantage of motivation, helping people form habits. Now, that all seems like a lot of work is that we're going to turn all of these findings and ideas into an organized streamlined process. And streamlined is in bold because that is the key. Now, a word of warning your organization and streamlining is not going to be perfect. This is another aspect of the curse of expertise, right? As an expert, you can't predict when to send that email. You don't know when people are going to get stuck, you don't know how far they're going to get. You can guess but until y...

ou actually do it, you're not going to know for sure. And so part of this organization and streamlining is actually something you do over time as you bring people in. But when you're doing the streamlining, there's a few questions you can ask to help get you closer to that goal. The first question is what can be combined is there overlap between my tasks. All right. The second question is what must happen now and what can happen later. So this is the key to getting rid of overwhelm just like yesterday when you guys were talking about your minimum viable product and you were talking about what could you take away for the first time? You offer it for the on boarding process, You could go through and you can have 100 things on that list. And what I recommend is that you actually take a step away, like go have lunch or go to the other room or whatever, literally take some time and step away and then come back to your list and say did they really need to do all those things right now? The the trick here is that you don't want to defer things that require high motivation. It's the habit, things that we might be able to push off later. The third question to ask yourself are what are the key behaviors that cause other things to happen for? The fourth question that you want to ask yourself, which is what order can I put things in? So you'll, you know, you'll reduce some redundancies by asking, you know, where's my overlap? You'll have streamlined a little bit by saying what can I do later versus what do I need to do now? And you'll have started to look at some path thing for how things naturally flow. But what's really the final thing that's going to put this all together is what order can you do things in that will remove friction, deliver value and reward behavior. These three steps actually come from a book called the membership economy by Robbie Kellman Baxter and there's a chapter in that book about onboarding, your super users, the people who are going to be like your all star fans, once you've kind of got this stuff outlined, you can start to automate it. Now, the first time you do this, I don't want you to automate it very much. I want you to go through it because you're doing with small group, right? You're inviting only a small handful of people to your M V P. I actually want you to onboard those first users yourself or put someone on your team probably yourself for the first one or two and then someone else on your team could do it for the rest of them. But I actually want you to do it yourself just to make sure that it works the way you think it'll work and that if there's feedback on the process, but you get that. Once you have outlined though, you can start to automate the process. If your trigger for most of what you're asking people to do is email, just send emails, right, schedule your emails. You don't even need an email management platform to do that. Gmail allows you to schedule stuff to send out later if you really want or outlook or whatever you're using most of them allow you to send later if you really want to. I want you to think about everything we just talked about and I want you to think about what could you use and apply with your existing clients? Because onboarding works one on 1, it works in groups, works in hybrid models. What could you implement right now with your existing clients, from what you've learned today?

I'm in business a looong time and know a lot but... Tara is great, the course is great and it is a MUST SEE for every entrepreneur. I'm not a native speaker (from Germany) but I can follow Tara very easily and there is the transcript... just in case ;-) Well done!!!