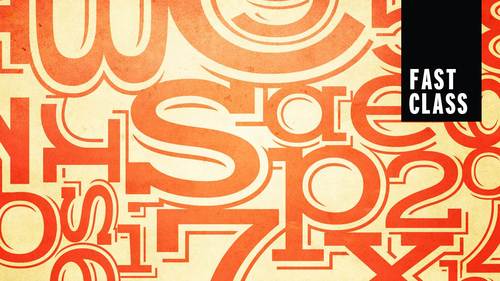 typographic hierarchy. Let's talk a little bit about this because this is quite important. Before choosing fonts determined the typographic hierarchy of the text. So what does that mean? Well, you, the designer, control what the viewer reads and in what sequence you dio you, the designer must capture your viewers attention quickly and keep it on. That's the key. And that's really the key with the Web, because the Web it's so easy for people Just just click away, okay? They have statistics on that. So this relates to print and tremendously to the web. Okay, so how do you do that? You prioritize levels of information by levels of importance, which means when you start off your copy, either the client's gonna have certain things in bold face and say, This is a headline. This is a subhead. They might not. And if they don't, you need to find out. Okay, you have to determine what you want your viewer to read 1st, 2nd, 3rd, etcetera. This is critical. I have seen beautifully designed pieces b...