Lesson 1 from: Fast This Way 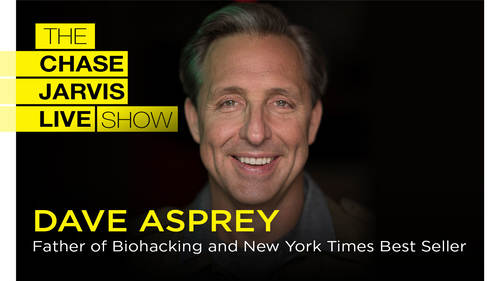 Lesson 1 from: Fast This Way

1. Fast This Way with Dave Asprey

Hey, what's up? It's Chase. Welcome to the Chase Travis Live show here on Creativelive. Gonna get right into today's episode with you. Today's guest is Dave Asprey. You're not familiar with Dave's work. He's the founder and chairman of Bulletproof 3 60. If you've ever heard of bulletproof coffee, where you mix butter and some oil into coffee and drinking and have a lot of energy. He is the founder of that. Among many other things, Um, he's the best selling author host of the Webby Award winning podcast Bulletproof Radio. He's been on the Today show, uh, Nightline, CNN, all sorts of different media outlets, and he's got a couple books superhuman the bulletproof plan to age backwards. The bulletproof diet. Lose up to a pound a day, headstrong the bulletproof plan to activate your brain energy. And today we're talking about a couple new things. One, His latest book, How to Fast This Way, Burn Fat, he'll inflammation and eat like the high performing human you were meant to be. Ah, little m...

Dave Asprey, founder of The Bulletproof Executive, is a Silicon Valley investor and technology entrepreneur who spent 15 years and over $300,000 to hack his own biology. Dave lost 100 pounds without counting calories or excessive exercise, upgraded his brain
SEE INSTRUCTOR'S CLASSES