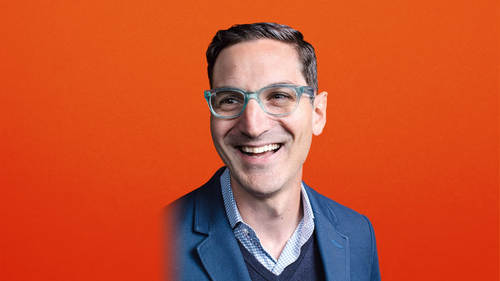 Hey, everybody, What's up? It's Chase. Welcome to another episode of the Chase Service Live show here on creative life. You all know the show this where I sit down with amazing humans and I do everything I can to unpack their brains with the goal of helping you live your dreams in career in hobby and in life. And today's episode is a whopper. It was recorded, not live a short time ago, and that's why I'm recording this little intro. And my guest for this show is the inimitable, the one and Onley Mr Guy Roz. Now Guy Raz is the creator and host of the popular podcast How I Built This, which I listened to virtually every episode. Um, he's done a couple of other things, but that is his main gig. He's done some stuff in Spotify. He's also the co creator of the acclaimed podcast The Ted Radio Hour, which you probably know about, and a couple of Children's programs, one called Wow in the World, which is also amazing if you have kids. He has received the Edward R. Murrow Journalism Award, the ...

GUY RAZ is the creator and host of the popular podcasts How I Built This, Wisdom from the Top and The Rewind on Spotify. He&#8217;s also the co-creator of the acclaimed podcasts TED Radio Hour and the children&#8217;s program Wow in the World.&#160;
SEE INSTRUCTOR'S CLASSES