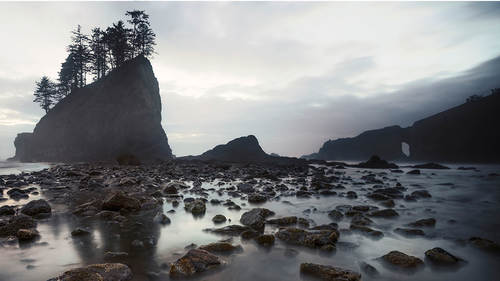 So with this process I wanna go through basically how I start from Adobe Camera Raw and transition into Photoshop and just build this image. I'm gonna build a series of these images in this process. And I just wanted to show you kinda how my workflow goes. I typically do something called tone, color, and artistic effects. So if we're looking at that technician and that artist or that creative we can actually break the workflow down into two very distinct parts. Tone and color, that's your technician, creative effects. Okay, and a lot of people stop after they make a technically beautiful photograph. They stop before they've gotten to the point. But that's also a good saving point. 'Cause here's the thing, we're emotive people. As artists we're emotional, we are going to bring emotion into the work. What you do today to this image is not what you're gonna do tomorrow to this image. It's crazy, it's crazy to know that this image will never be the same reproduction if I were to start from...