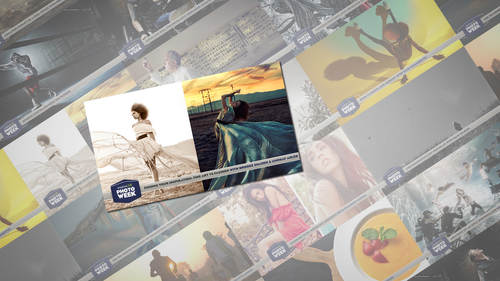 Bonus Video: Placing Texture in Your Photo with Brooke Shaden

Let me give you a little background on this whole class in this presentation we are drastically different people in most ways, but we think I think in the ways that count were the same we're both passionate about creating we're both passionate about photography we're both passionate about being individuals and seeking inspiration and so I mean there's a long list of things we are complete opposites but then we are good friends because all the things that matter as people were the same yeah and you like mary if I like you okay, yeah your birthday's way the thing about people who are inspired and who are passionate you know, if I'm on the internet and I have the choice to follow somebody who's a great photographer versus somebody who's really passionate I'm always going to follow the passionate person because I want to feel the love for what they're doing and lindsay happens to be both and so when we met I was really excited because it's not that often that I find a photographer who is j...

Join two of photography’s brightest creative voices to how to unlock your unique vision — whether you want to focus on honing a fine art or fashion aesthetic. Using the same tools, props, and models, Lindsay and Brooke will walk you through their individual workflow and techniques. In this 90-minute workshop, you will learn how two photographers at the top of the game get inspired, plan a shoot, and achieve drastically different but equally dynamic results.