Lesson 7 from: Foundations of Adobe XD 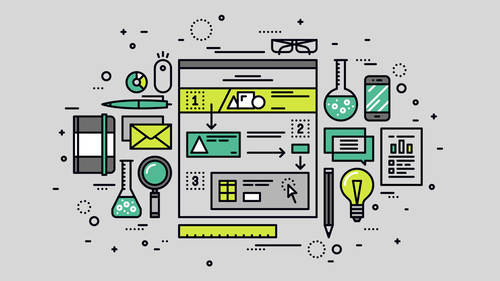 Lesson 7 from: Foundations of Adobe XD

7. Working with Assets and CC Libraries

We're gonna start to move away a little bit from the drawing and the bringing in images and doing things like that. And we're gonna start to work with some of the to me, some of the cooler things in here. So we've got things like assets to be able to work faster, work smarter, working with symbols, working with styles for text, working with saving colors, and also CC libraries. Those are something that really have kind of come on in Adobe XD recently. And we just had an update, there was an update to XD which has a new feature and I'll talk about that, which is gonna help out a lot. So I've got my app design you can call it, kinda going here and what I wanna do is this, as we're working in Adobe XD we wanna, we wanna be mindful, right? We wanna work smarter not harder, the whole adage. And we wanna make it to where if we create a color and we're gonna use it in 16 different places, we wanna make it so that if we edit that color it's gonna edit in those 16 different places, or change in...