From Conviction To Confidence 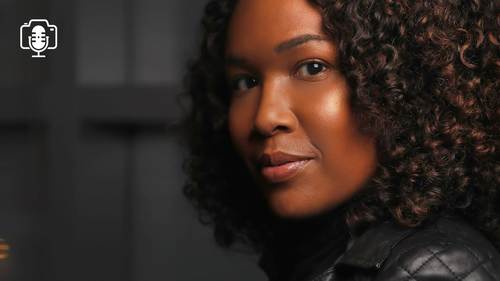 From Conviction To Confidence

Yeah. Hello, everyone. And welcome to Creativelive. Welcome back to Creativelive. My name is Kenneth Klosterman and I am your host here, creativelive for our shows. But also this podcast which we call. We are photographers where we connect you with photographers, filmmakers, industry greats all over the world, from their homes to my home to yours, wherever it is. So if you are tuning in, whether it's on creativelive dot com slash tv, you can click on the chat icon up there, join the conversation. You know, I love to do shout out. So let me know where in the world you are tuning in from. We also have folks who are tuning in on Facebook. Twitter, YouTube. So again, same thing. Give me your shout outs, but I'll be there looking at that crate of live TV page First, I am super excited to bring today's guest onto Creativelive. She is hailing from Chicago, and her name is Audrey Woolard. Audrey is a Nikon ambassador. She is a pro photo, uh, legend of light 1st 2nd, forgetting what they call t...

In this episode, hear how Audrey's intuition helps her read clients' needs and adjust to meet those. We explore how to be memorable to inspire word of mouth referrals and the importance of her connections with the kids she photographs year after year. Find out where her strong convictions were born and why confidence can be a learned skill. Audrey shares her path to becoming a Nikon Ambassador despite doubting she could achieve this goal. Audrey's final words of advice about nurturing relationships will set you up for success in your business and life.

Audrey Woulard is a portrait photographer, and she is a Nikon Ambassador. She has been a full-time professional photographer for the last 17 years photographing teens and their families. In addition to her portrait work, she also photographs select commercial assignments for brands such as Iams Pet Food and Pottery Barn. Audrey has been a regular instructor for Imaging, and WPPI for over a decade. Her work has been featured on the cover twice for Professional Photography Magazine. She has been featured in Rangefinder Magazine, InStyle Magazine, People Magazine, and US Weekly magazine. Audrey was awarded the Professional Photographers of America Vanguard Award for her sharing of talents and service that has enriched the profession of photography. She is the creator of AW Teaches which is a website dedicated to providing education to photographers. Audrey resides in Chicago with her amazing husband, and they are the parents of four young men that they are immensely proud of.