Lesson 1 from: Get Ready to Wholesale 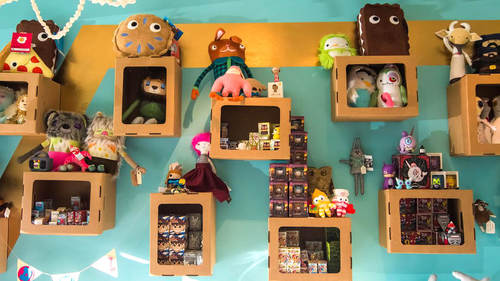 Lesson 1 from: Get Ready to Wholesale

1. Get Ready to Wholesale

Everybody welcome we're here tonight with kristin rask who's going to teach us how to wholesale kristen, as you probably all know, is the president of urban craft uprising, which she's been doing for six years she's also been selling her work for twenty years and she's on her own store for eleven years, so she has the awesome perspective of both buyer and seller, so she is an expert in this, so we're going to have fun and thanks so much for being here, thanks to really a whenever you're ready. So, as christina said, I'm the president of urban craft, and I've been selling my work. I started doing cop shows twenty years ago, crazy, but it's true on then I started going around after I kind of got the field what people liked and didn't like, uh, tio, start selling my stuff at wholesale level. At one point I had a rap that was not a very create experience and s so I feel like, and then I opened my store, and I still continue to sell my own work for a few years after that and then owning the...

Kristen Rask opened a small store in Seattle, WA called Schmancy in 2004 after many years of making stuff and selling her work to boutiques around the country. At the shop she works with hundreds of vendors a year selling on consignment and wholesale.
SEE INSTRUCTOR'S CLASSES

Thank you so much! Inspiration all around, and I took notes on it.

I listened to this with an open mind and I'm totalllllly green to it all. I truly felt as though this was not for the "newbie" I personally needed something that brought me from a-z. Sorry, I thought the speaker was interesting but I prefer a step 1,2,3...... to get a newbie started