Getting the Most from Paid Ads on LinkedIn 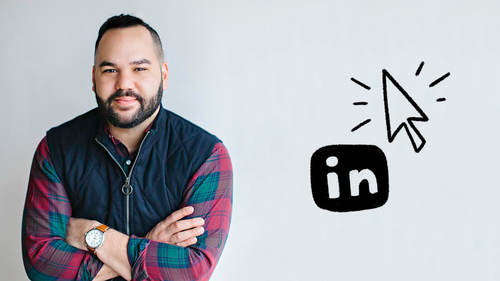 Getting the Most from Paid Ads on LinkedIn

So there's a big difference between being on LinkedIn and using it. So how many of you are on LinkedIn in here? Yep. You guys look around awkwardly at each other. How many people are using LinkedIn? Exactly. Great. There's one or two of us. And I think that the big distinction there is just looking at kind of hey, most of us are on it, right? There's a lot of people in the world that are on LinkedIn, but they're not actually using all the features. So that's really what I want to do today, is I want to give you that, and I want to show you all the paid features that you can do. So it's been described in a lot of ways. It's a place where people see that you're a credible individual professionally. It's someplace where they think, okay, brand, like this is their personal brand. This is where I'm putting out in the world my personal brand. It's trust-building. It's like hey, I know this person, I want to do business with this person, I don't know if they're a credible individual or somebo...

As the biggest social site for businesses and professionals, LinkedIn offers tons of opportunities for users who don’t want to spend a dime on their marketing efforts. But those looking to take their LinkedIn game to the next level should consider utilizing some of the platform’s paid solutions.

Marcus Murphy, executive sales leader at DigitalMarketer.com and a member of the LinkedIn customer advisory board, will outline both the paid and organic options for generating leads, increasing traffic and building brand awareness, and then help you decide which ones are right for you.