Go Against the Grain 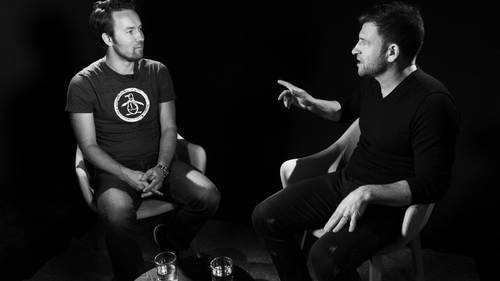 Go Against the Grain

Hey everybody, how's it going? I'm Chase. Welcome to another episode of The Chase Jarvis Live Show here on CreativeLive. And you guys know the show. This is where I get to sit down with amazing humans and help unpack their brains to help you live your dreams, whether that's in career, in hobby, or in life. My guest today is, as all the guests are, truly amazing. However, this person has changed the future of technology because they are the creator of Ruby On Rails, among other things. Also the founder of Basecamp, a project management software that I have used for years and years and years. My guest is David Heinemeier Hansson. Welcome to the show. (high intensity rock music) (audience applause) We love you! Thank you man, thanks for having me. Super happy to have you. So I've been tracking you and your work, and your partner, Jason Fried, with, specifically, one of the things that was very impactful for me was the book Rework. So you can say a lot of things about your career. Te...

David is passionate about finding alternative ways to do things. He loves looking at the status quo, ripping it apart and putting back together only the elements that make the most sense. In our conversation, David helps budding entrepreneurs cross the bridge from wantrepreneur to taking first steps as well as offers some animated anecdotes and mind shifts for how to make your existing businesses and teams ultra-productive, passionate, and value driven.

David Heinemeier Hansson is a programmer, writer, and entrepreneur. He changed the future of technology with Ruby on Rails, has influenced the way businesses are being built and run with his books; Getting Real, Rework, and Remote; Office Not Required, and has helped many businesses (including my own photo studio) stay organized and productive with the integrated project management solution, Basecamp.