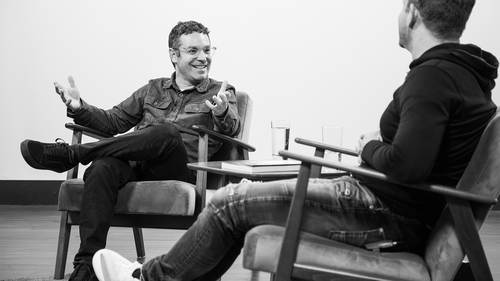 every one of its Jace. Welcome to another episode of the Chase Travis Live show here on CREATIVELIVE. You know the show. This is where I sit down with amazing humans and I do everything I can to unpack their brains with the goal of helping you have your dreams in career in hobby and in life. My guest today is a world renowned outdoor adventure sports photographer and filmmaker and author, and we're here to celebrate, among many things, our friendship, his illustrious career and his new book Stories Behind the Images I guess today is the inimitable Mr Cory Rich I love you house Just yeah, Away from Tahoe this morning. Thank you for coming. My pleasure. My pleasure. It's ah, I love I love talking. I love telling stories. I love hearing stories and and that was really the spirit of this book. And I am any opportunity to to talk about the book, which really means kind of paying it forward with stories and stories, stories and lessons and, you know, having consumed it, Um, there are so many...

Corey Rich has built a life and career around his passions for travel, adventure, and telling stories with his camera. With a background in rock climbing and photojournalism, Corey&#8217;s work spans a range of genres, from iconic still imagery for leading editorial publications, to television spots and films, to directing high-production-value commercial projects for Fortune 100 companies.&#160;
SEE INSTRUCTOR'S CLASSES