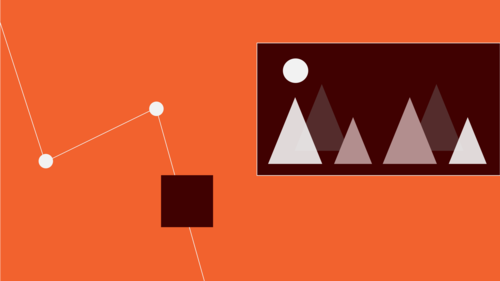 So once you have all this meaning, you have images, you have forms, you're telling a story, of course, and that's the word 'narrative' means. In this case, we're talking about visual narrative, as opposed to a verbal narrative, which is like a novel or short story, a written story. Visual narrative is a sense of a kind of meaning that is derived just from images and forms together, without the benefit of any additional context. So, of course, as soon as you juxtapose two images or two signs of any kind, you're gonna generate meaning. And the meaning will vary depending on what the identities of those forms are, the subject matters. So, of course we have here also a kind of manipulation, already a stylization. This is a very highly reduced image of a Band-Aid that has been configured in a cross, so already we're looking at something that has to do with a hospital or with health care, perhaps. And he have, in relationship to, an image which is a flame. So this may be about burn victims o...