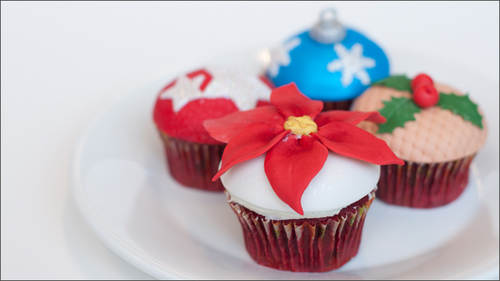 So one of the things that I want to talk about was lace impressions and lace molds. I have some green rolled out for my holly. This is a place mat. You guys recognize that, right? You can use this for making lace impressions on your fondant. Any anything will work to make impressions on your fondant. The light fixtures on your fluorescent lights make great things. You can buy those at places out of the garbage can. They usually throw him away when they're broken, and all you need is a small piece. But the one I'm gonna use right now is, um, by elegant lease. And they're very cool because there's all kinds of patterns and designs and different things going on, and it molds everything. Fondant, gum paste, butter, cookie dough. The only thing I cannot get to mold in my lace impressions is ganache. I cannot get the ganache come out. Chocolate will come out, butter will come out. Cookie dough will come out. But I can't get the ganache to get firm enough to come out. I don't know why, but th...

Renowned sugar artist Lucinda Larson is known for her lovely gumpaste flowers, and wonderful use of color. She is fondly nicknamed the Buttercream Queen and The Icing Diva. In addition to her 33 years of teaching at numerous prestigious culinary
SEE INSTRUCTOR'S CLASSES

Great course!!! I had alot of fun and learned alot too, thanks I hope that there are many more of these courses in the near future :)

Bonjour! thank you for the course, it's awesome!!! there is a way to have the fondant and other recipes? thaks a lot for sharing!!!