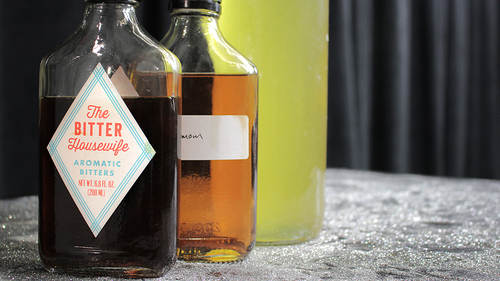 2. Making a Manhattan With Your Bitters

then there's always the question of So what do you do with the bidders? And this is the most fun part of the cocktails. So since we're definitely focusing on the holiday season and entertaining and all that kind of stuff, I thought I would show you, Um, how did you, uh, a Manhattan? Because it's really easy to do in a batch, so you can make, you know, 5 15 of them all at once. Ah, have it sitting on the bar and not worry about being stuck behind the bar making drinks for all of your friends. So I walk everybody through how to make a Manhattan one of the simplest drinks out there, Um, but also very classy. And I'm not going to use a shaker because if you're doing a batch, there's really no need. Um, you really want to most of your classic shakers, like the Boston Shaker that you also use with just a pint glass to shake it up. You can easily make you know 3 to 4 Manhattans in here, So but there's that whole shaken, not stirred, you know which way is better? Um, just a little bit of ah c...