Hope in A Sea of Endless Calamity 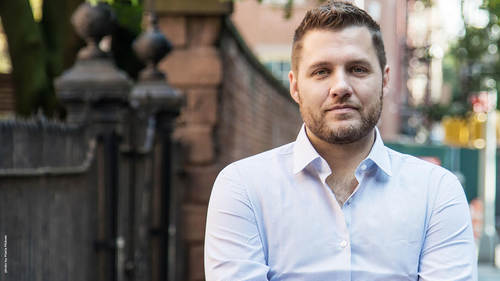 Hope in A Sea of Endless Calamity

We love you. Hey, everybody, What's up? Chase here. Welcome to another episode of the Chase. Germans live show here on Creativelive. We're live from the apartment attempts to my house in my basement, and I'm very, very excited. Teoh be with you today. Help! Everyone is safe on. But you and you and yours are doing what you can to help in this time of uncertainty in need. We're gonna try and bring some entertainments. Enjoy some inspiration information, Uh, and amazing guest to you today, all in the next 60 to 90 minutes. Um, my guess you can also participate by the way, I have a little tool that is aggregating questions from all over the world that I know we're on Facebook live. We are on YouTube live or on creativelive dot com slash tv. So we're streaming to a bunch of different sources on def. You have those questions that you'd like answered, Assumes I just my guest. I'm quite certain you will find that some questions and want to participate. I just know that I'll be looking out for ...

In this episode, we take a deep dive into the creative process. How to spend your time when you’re trying to get comfortable with being uncomfortable. Mark helps bring into focus the up-side that this moment has created for us while also sharing some of the tactics he while quarantined.

Mark Manson is the #1 New York Times Bestselling author of Everything is F*cked: A Book About Hope and The Subtle Art of Not Giving a F*ck: A Counterintuitive Approach to Living a Good Life, the mega-bestseller that reached #1 in fourteen different countries. Mark’s books have been translated into more than 50 languages and have sold over 12 million copies worldwide. Mark runs one of the largest personal growth websites in the world, MarkManson.net, a blog with more than two million monthly readers and half a million subscribers, making him one of the largest and most successful independent publishers in the world. His writing is often described as ‘self-help for people who hate self-help’ — a no-BS brand of life advice and cultural commentary that has struck a chord with people around the globe. His writing has appeared in The New York Times, Wall Street Journal, TIME Magazine, Forbes, Vice, CNN, and Vox, among many others. He currently lives in New York City.