How To Create Shareworthy Marketing 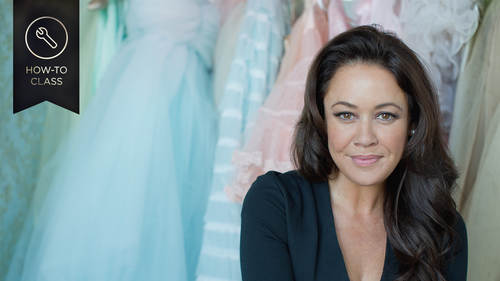 How To Create Shareworthy Marketing

I like that it's called the held to channel could I get nineteen minutes to talk about one power subject in this keynote really is about how to do it so I feel when two things once is when you're teaching you khun give a million reasons to create something really amazing in a million different ways that I can do it on dive always looked at the impact of the students that follow me on my pages that follow me like the twenty eight day study group on big with so to see what they're actually doing and I realize that there's this level of accountability that is very important when you're teaching because you almost have this responsibility to make sure that people are following through. I try and imagine myself back in the first year of my business when I was struggling and didn't know what I was doing that if somebody had said to me you need to do this, I would have created a list of a thousand things to do and like all creatives been inspired a million different ways but actually not set ...

Let Sue Bryce show you how to create your own compelling, highly visual marketing materials and grow your photography business.

In this class Sue will offer tips, tricks, and ideas you can use to design and shoot your own marketing stills and video. Sue will help you develop marketing campaigns you can complete all by yourself and on a tight budget. Sue will also help you transform the way you talk to your online audience – switching the focus from tiresome selling to meaningful engagement.

If your marketing lacks panache and inspiration, don’t miss this transformative session with Sue Bryce.

So funny, I got an invitation from Animoto to make my own video and I didn't have a clue what they were talking about. Actually hit the delete button and thought, I don't make videos you do. Finally got around to watching this video and It's a brilliant concept! First, I was overwhelmed with the concept of shooting my own marketing videos, but Sue broke it down to where I'd feel like I can do this. I'm super excited to try it out and now have some ideas I'd like to try. This class is worth every penny.

Sue is so awesome! I love that she's willing to lay out everything she does. She tells you exactly what programs and software she uses for everything so you can do it, too. I see others commented that this was just a long advertisement for animoto, but I saw it as valuable information. I am grateful for the time taken to give this instruction. Very helpful.

Sue Bryce goes in depth on how to produce still slideshows and videos using Animoto. She explains what you need in order to capture your viewers attention and what you need to make your marketing efforts shareworthy. This wasn't what I expected, as far as the content of the course, but I did gain new knowledge in an area I was looking into researching more anyway, which is marketing using video. Overall I am glad to have this resource in my collection. I would have liked to see her go into deeper detail with some of the things she mentioned but for $19 this information was worth it!