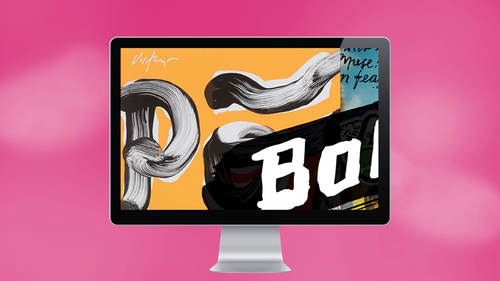 eso? Yes, and that was gonna go through, um, some pieces that I've done historically and show you. So this is actually a set of post. There was two of them. Those that just say no and Disney go home. And these is This is actually the rial tape type. The typography that I made. Um, I don't remember why Tape made sense. I think I just wanted a blocky font. I I think I'm probably, um this was a poster that was responding to something that was going on in New York city of the time when they were cleaning up Times Square to make it a tourist spot. So these things probably happened extremely fast, so I didn't have time. Send anything out? Um, um it was It's literally, like I said, just half inch thick black tape. And now I look at it and I wished, and I wish there was, like, more hairs in it and mawr character to it. You know, nothing is ever finished for me. I would go back and redesigned. Redesigned everything? No, the the that just came from. I wanted I wanted that kind of character. But ...