How To Retouch As Efficiently as Possible 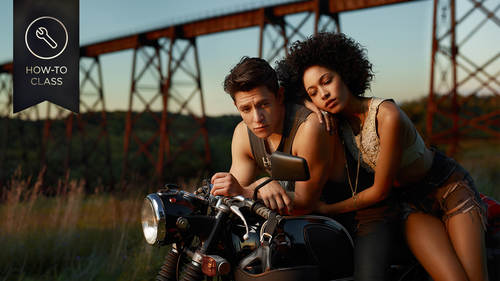 How To Retouch As Efficiently as Possible

So first and foremost I want you basically kind of go over well with you today essentially I think a lot of people have problems when it comes three touching because there's a lot of education of photography and makeup and hair and all this other stuff but you don't have a lot of good information retouching it's it's ah very mysterious a form of art so to speak and I think people have a lot of problems because they're intimidated their attorney with the tools techniques because there's also a lot of bad information out there so with this hour and a half I've decided to try and give everyone a brief understanding of how flower shop works in a way that you can retouch photographs without knowing everything about for the job because when it was down to you can do a lot with just a few simple tools and so that's what I want to show you today with just two or three different tools you can re touch a full photograph without being intimidated so if you're new to photo shop issue experience I ...

With Pratik’s guidance you’ll develop a blueprint for retouching portraits by utilizing the tools you already work with just in a more efficient manner. You'll also learn the trick to developing a plan of action before you even start to tackle an image. In this class, Pratik will help you make sense of the retouching process, no matter how much retouching experience you have.

This class is absolutely wonderful, I honestly thought I was pretty decent at retouching (not pro but good for a self taught). I learnt everything online and have realised how heavy handed I have become. His workflow is incredibly clean, simple and natural- looks amazing. Definitely following this procedure from here in

Mr. Naik obviously knows what he is doing. His work is beautifully done, and he is careful to explain everything in detail. I have learned a great deal from him.