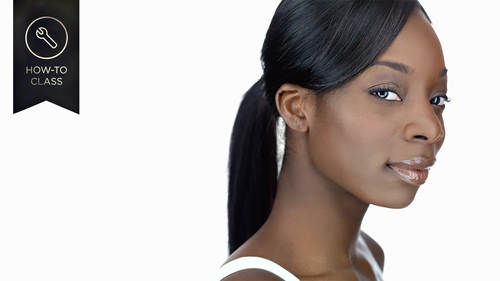 Please help me welcome peter earley come on wait listen all right thank you, kenneth somewhat weigh yourself thrilled to have you here for the very first time and we have a very short amount of time with you. Ninety minute segment I'm going to let you take it away awesome. All right, awesome. Oh, my gosh guys, I am so psyched to be here is well, I have ah, I missed it last year unfortunately I had to pull out last minute so I am here and I am psyched to be here in twenty fourteen thank you guys for coming we got an awesome audience for me to play around with today but we're talking about you guys know what we're talking about everybody know what we're talking about we're talking about how to take the perfect head shot I have to there has to be an aside here because I have never this is a secret you ready? I have never taken the perfect head shot this is actually how to perfect the head shot. You could never take a perfect head shop because everybody's got a different opinion about it. ...

If you aren’t offering headshot photography services, you are missing out on a huge opportunity. The demand for professional headshots has proliferated in recent years and in this class Peter Hurley will teach you shooting and selling techniques that will help you land that business.

A headshot can quickly communicate personality and create connection. In How to Take the Perfect Headshot, Peter will teach you how to quickly and consistently capture a person’s personality by identifying and photographing their best side. As a photographer you need to walk into your session with a plan. Peter will teach you the keys to this plan and offer tips on coaching your subject through the process and helping them relax in front of the camera.

Very charismatic. enjoyed it as entertainment. just by watching him you know what are Shticks. He is secure in further promoting his recognition. He is very enthusiastic about head shot and his enthusiasm is very contagious. Fun to watch. worthwhile. I love his character because he is direct, New Yorker and I am an Israeli, much similarity. Y. Melamed, MD

I thoroughly enjoyed this class when it aired for free. I really liked Peter Hurley's delivery style! He's a lot of fun and I love how passionate he is. I'm not a headshot photographer but I'll be looking to begin after watching this! I'm not sure I'd pay $29 but it was certainly entertaining and informative.