Lesson 9 from: How To Be Awesome At Your Job 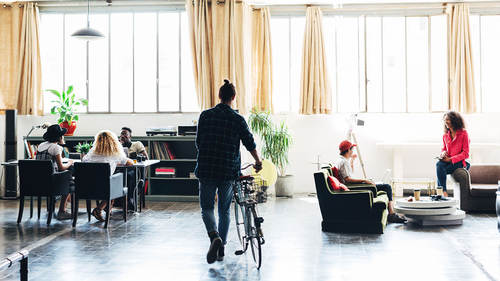 Lesson 9 from: How To Be Awesome At Your Job

9. How to Get Promoted

I want you to take personal responsibility for what you do at work and over-communicate like crazy. That's the formula to being good at your job. The same rules apply when it comes to getting promoted. I promise you, I can help you get promoted in one year. I don't care where any of you are in your careers, I promise you I can get you promoted in one year. I came just short of giving a money back guarantee on my book, my wife wouldn't let me do that. But I promise, wherever you are in your career, if you follow this advice, you can get promoted in a year, and maybe sooner, whatever the case may be, and actually the point doesn't matter. Whether it's 12 months, 10, or 16, life goes on, okay? I know in the moment it feels scary, but the point is to get that promotion and keep going. All right, so let's get into it. The first step to getting promoted, set super small, super specific goals. The first step to getting promoted is setting goals and a lot of people are so anxious to get promot...