How to Choose Your First Drone 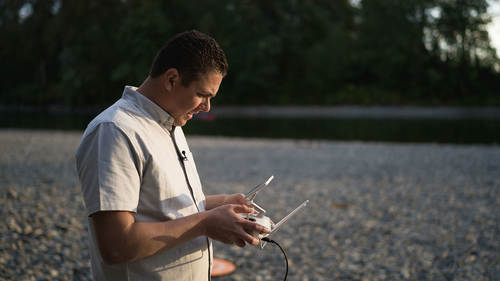 How to Choose Your First Drone

My name is Dirk Dallas and I am up here in beautiful Washington and we are going to show you some of my drones. And I wanna walk you through some of the settings. I wanna show you how to put the props on. I wanna talk to you about the camera, the gimbal, show you how the battery goes in, how you can take the battery out. And I just wanna walk you through and help you learn a little bit more about each of the models and hopefully you feel a little bit more comfortable with these. Just to give you a little bit of history, I started one of the first drone websites for aerial photography and videography. It's called FromWhereIDrone.com. I've also started a hashtag called #FromWhereIDrone. And I'm happy to say that it has over 700,000 uses right now on social media. So pretty cool, very exciting. But let's get started. I'm gonna start off over here with this drone. This is the Mavic Air. And you can see right off the bat that this is a really small drone. It's one of DJI's newer drones. And...

Have you wanted to get into drone photography and videography but have yet to purchase a drone? Do you get overwhelmed by the many different types of drones available for photography and videography? Choosing the right drone for you shouldn’t be the hardest part, don’t waste your time by stressing about the types of drones, instead spend your time learning to fly and capture that amazing footage and imagery. Join Dirk Dallas, founder of From Where I Drone and FAA licensed drone pilot as he walks you through three different types of drones and which one will best fit your needs.

In this short class you’ll learn:

Learn from a pro all about three different models of drones and which is best for your needs. Don’t let the drone market confuse you into choosing a drone that might not be the best one for you. Don’t waste your time, learn from this quick class which drone is right for you so you can get out there and start flying!

I’ve been with Creative Live for years. A couple years ago, I became a paraplegic and I thought my amateur outdoor photography days were over before they started (up until now, I have done mainly portraits with different lighting techniques), The challenges of getting a wheelchair to the right place outdoors seems daunting. I think a drone would be an answer to some of the obstacles. Thank you for this video.. It is heading me in the right direction for some new experiences... Very well done for a beginner like me.