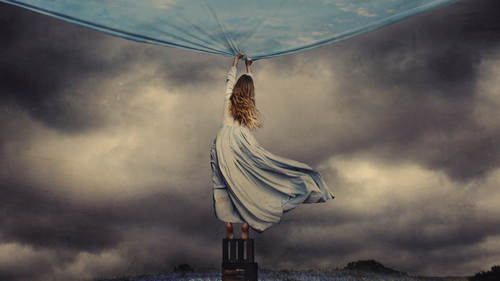 We've got the images that we just shot here in Bridge. And I tend to use Bridge over anything else simply because it makes everything really easy for me. I'm not making any adjustments to my images ahead of time. I don't need to make mass adjustments to my images. So I use Bridge because it's super easy to pull your images. Pull them into Photoshop, and use just what you need to edit with those images. I think that something that really trips people up when you're compositing is how do I possibly choose the images that I need? And you'll notice with the shoot that we just did that I don't really take a lot of images. I love to take just a couple of images, only what I need, and then I only have to select between a couple of them. That is much easier for me. So I've got this teacup. I shot in raw in JPEG, so that's why you're seeing the double images come up. And it's up to me now to decide which of the teacup images is the best one to pull in. Probably something that's at a lower angle...