How to Launch Your Next Project

How to Launch Your Next Project with Product Hunt's Ryan Hoover 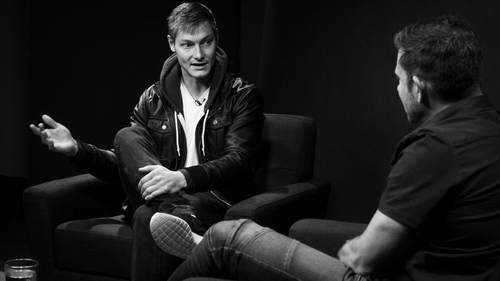 How to Launch Your Next Project

1. How to Launch Your Next Project with Product Hunt's Ryan Hoover Show Transcript

Class Trailer
Now Playing
1 How to Launch Your Next Project with Product Hunt's Ryan Hoover Duration:1:11:16

How to Launch Your Next Project with Product Hunt's Ryan Hoover

Hey, Eddie. How's it going? I'm chased. Welcome to another upset of the Chase Drivers live show here on Creativelive. You guys know this show this arrested down with the world's top creators, entrepreneurs and thought leaders and do everything I can in a short sit down conversation to unpack their brains. Now, if you live your dreams and career in hobby and in life, my guest today is a writer whom you know he's an angel investor. And you will definitely know him as the creator of product hunt the place on the Internet where you go to find out about new things that happen every day in the world of physical projects, physical products, digital products. I've been tracking Ryan for a very long time. Very happy to have on the show. Ryan Hoover in the house. I love you. I was going to say super good. We have to make this happen for a long time. I know. I know. Been a while since I saw you. Amsterdam. Amsterdam? Yeah. That was a fun trip. Yeah, How? It sounds like it sounds I don't I'm not a...

Ryan sees more product launches than perhaps anyone else in the world and knows how to do it well and how to do it poorly. He shares his insights for his path of launching (and continuing to launch) Product Hunt and what he notices in the 100’s of launches that make it to his virtual doorstep, daily.

Ryan Hoover is most notably known as the founder of the website that brings you all the world’s newest products and technologies, Product Hunt. He’s also a writer and founder of his new VC firm, Weekend Fund which he admits he started because he’s constantly chasing the warm fuzzy feelings he gets from helping other people. Some call him Silicon Valley’s “resident nice guy” and it won’t take you long to figure out why.