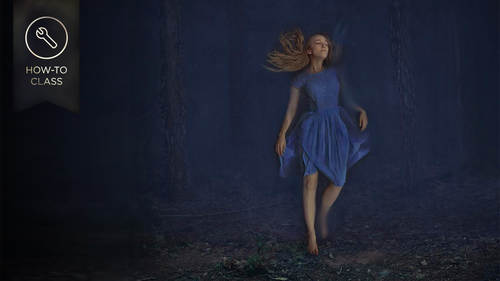 I want to talk today about how to transform a photo, and I want to do that for $10 or less because I don't know about any of you guys, but has anybody in here at one point in your life not had money? Okay, that's good. Okay, so I'm in the same boat. I also started photography with nothing. I had lots of student debt, you know, I was coming right out of college. I was trying to live in the big city of Los Angeles. And how am I going to do that? Well, by not spending any money, So I started to use little techniques that I felt could really help what I'm trying to dio. And, you know, I started realizing that other people might be able to benefit from this. Now, the thing about my style of photography is that it's a pretty specific genre. It's like kind of dark, kind of creepy, kind of fairy tale whimsical. Not everybody does that, and that's totally cool. So I want to show a few different ways to transform a photo that I feel could be used in multiple genres. So some of them include wrapp...

Learn how you can use image compositing and smart set design to create stunning images at an impressively low cost. In this class, Brooke Shaden will take you through a dozen different setups shot with props that cost $10 or less. She’ll share how she created unique images shooting in the same space with the the same model while producing drastically different results.

Brooke will inspire you to create unforgettable images on a modest budget.

I thought this was well worth the money for the ideas -- she's a very creative and imaginative photographer, and she basically gives you inspiration and permission to experiment. Can't wait to try these ideas on some of my senior models. And yes, she was charming and adorable and was using a manual focus lens and she was joking she might need glasses because she had trouble finding focus. But the point of this class was not technical expertise (although I know she has it, even if her vision was failing her here) -- it was creative inspiration. Recommended, esp. if you are in a rut.

I have purchased all but one video, which I will in the next week ..... With that said, I love her work, inspiration, ideas, and of coarse, now, her knowledge. She is an awesome artist with such talent!

I disagree with the other review. Brooke did a phenomenal job with this class. Anyone who has ever looked at her work knows that she is well beyond the basics of photography. Brooke has a great sense of humor, bubbly personality, and creativity and talent coming out of her ears. This class is full of great ideas for photographers that are on a budget and looking for new ideas. I just saw it, but may be buying it in the near future.