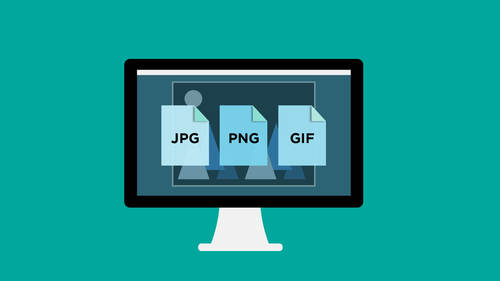 So now we want to talk about image resolution. So we talked about what it's going to be used for, whether Weber print and the basic file formats that we're going to be using. And now I want to talk about image resolution about what size or how much information needs to be in those files in order for to be correctly displayed. So you've heard the term P P I, which is pixels per inch, and this refers to the number of pixels that air in a photograph. And when somebody says Okay, I have a file that's this big or a file that's this big, their general referring to the amount of information, which is the number of pixels per inch in the file. So the more pixels you have, the more information you have in your file and the more pixels that are in the file, obviously, the bigger the file. So if you have a 10 megabyte image or 20 megabyte or megabyte image, what you're talking about is you're talking about the number of pixels in that file. A lot of people refer to this as DP I, which is incorre...

Image formats can be very difficult to understand. In this class Jason demystifies all the different formats and what properties and features they have. No matter what kind of media or project you’re creating Jason will give you the confidence to know which format to use and when.

In this Class you’ll Learn:

If you are an artist still struggling with how to deliver your files Image Formats for Beginners is the class for you. Jason will take you by the hand and show you all the steps you’ll need to export your files the right way every time!