Lesson 5 from: Impact Your Audience With Transformative Presentations 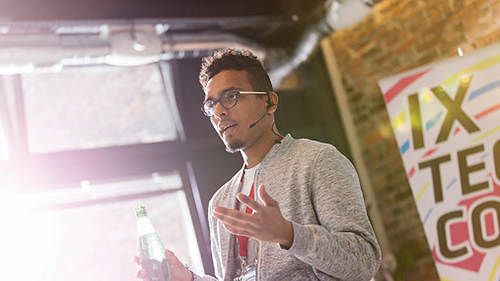 Lesson 5 from: Impact Your Audience With Transformative Presentations

We're moving into having fun doing Q&amp;A, so you're actually all right this time 'cause you're actually gonna lead this for us. Alright, cool, cool. Yeah. Alright so, a big part, this is a great segue-- It is. Interactively teaching, and that's obviously what we've been doing in all of our classes, but a big part of presentations and speaking is having to interact with the audience and one of the places that gets the most challenging for some people especially people who are more comfortable with either their own material or memorizing material of someone else and just delivering it, is the Q&amp;A. And the Q&amp;A is going to come up at some point no matter what your format is, because people are going to most likely in a business setting be watching you speak not for entertainment, which sometimes can occur if you are an entertaining speaker and I hope that you will be, if you do all these exercises 'cause you definitely will be if you practice them. But they're really th...