Lesson 1 from: In Focus: A Career Takes Flight 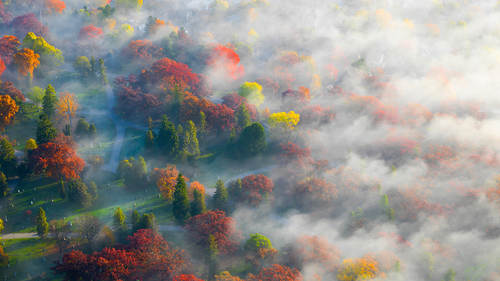 Lesson 1 from: In Focus: A Career Takes Flight

just looking at my watch and taking a peek at my heart rate up. Um, so I am thinking the introduction. I am going to present today about my experiences of being a commercial airline pilot and then transitioning to becoming a commercial photographer. So again, I'm Adam, signatory at Adam, signatory on Twitter and Instagram. And, uh, I'm from Madison, Wisconsin. Um, that's pretty much it. Other than that, I travel globally for work, sometimes for pleasure. But today I'm gonna cover my journey from pilot to photographer, discovering my voice in a competitive world, finding inspiration as a landscape, uh, and aerial photographer taking in life as it revolves around me, some of my creative inspirations that I use on a daily basis and learning to be spontaneous and less structured in my personal life, which is kind of a new thing for me. So, um, start with a short story here. It's a good It's a good hard landing story. We've all sort of been in a hard landing before, right. Well, I got one f...

Adam Senatori is a self-taught photographer based in Madison, Wisconsin. Senatori’s work is landscape driven, but layered with aviation, destination and travel lifestyle. He was an airline pilot for seven years. In 2007, Senatori established a professional connection between aviation, travel and photography. He has shot campaigns for companies and brands like General Electric, Icelandair, OFF! and LA Tourism. He's currently editing his first book “Heavier Than Air”.
SEE INSTRUCTOR'S CLASSES