Lesson 3 from: Introduction to 3D in Adobe Photoshop 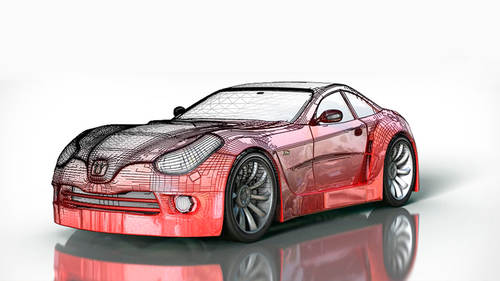 Lesson 3 from: Introduction to 3D in Adobe Photoshop

Let's take for instance again just something simple this could be any logo but all I'm showing you is this is just a vector layer guys so this could be anything right? I could just as easily jump in and like, do a you know ah heart for instance okay, so whether it's the heart or the creative cloud logo I have control over sort of what I bring in let's just go back to this to this logo here it would be that same process, guys so I would take this three d extrusion I'd click create it would extrude it right so we could see it extruded right here looks good, there's I could take that in print it right now if I want to, but in general to that same process I'll just rotate it that way. I will take this logo and I'll stand it up just like I did before ninety degrees there we are and here I'm going to move it to the ground moved to ground right? Because we had I think in like sort of a real world scenarios like I need to make sure this is on the ground so prints from there on out, if it was o...