Lesson 1 from: Introduction to Layer Masks 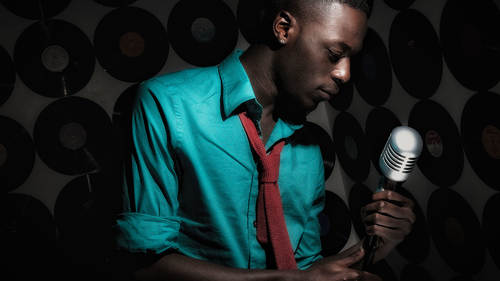 Lesson 1 from: Introduction to Layer Masks

excited to be here. It's been a great ride so far. And what I wanted to do when we started all of this is the kind of just take a step back a little bit on the photo shop side and get back to the basics. Get back to the beginnings. I think that what happens with when you start working inside a Photoshopped, their stool much to do there, so many different things that you gotta work on And it becomes a little daunting, right? Like I don't know about you guys, but like, you open a photo shopping like, uh uh, I don't even know where to begin, All right. But I do know that I have a picture. I do know that I have an idea and I know what that I want to take that picture and I want to make it the very, very best that I can. And people have told me that photo shops kind of the way that you do it. So whenever I think about photo shop and I think about all of this stuff that I'm doing with Photoshopped attended, look at it is pillars, right? Think of the easiest way for you to think about photo s...

hop is to think that there's major sections in photo shop and you don't need to know all of them in order to be able to do the picture. You just need to know the ones that are the most important ones, right? The very 1st 1 would probably be something like camera raw, knowing how to be able to do all of your pictures and get the very best out of the file itself. But the 2nd 1 immediately after that has to deal with the concept of masking and layers, right? That's what's going to let you take a good picture and make it a great picture and a lot of the time to kind of play with it. And we do some stuff that we have from general holes. So this class is gonna be a foundational class to talk a little bit about that and kind of fill in them those holes and kind of go. All right now I'm a little bit more solid about what I'm trying to do and get you up to speed with all of it so that you can go out and make great work. So before we begin with all of that stuff and for those even guys who were watching in the chat, let's take a step even further back then that what I want you to do is I want you to open up a Google window rights just over up a browser. Go to Google and I want you to type in three words. I want you to type in Petah Pixel. I want you to type in Magnum and I want you to type in printers. If you hit the search and that comes back up, what you're going to see is you're going to see an article that comes up and we've talked about this year a little bit before we started. Magnum. Is this photo collective? It's this organization of photographers that largely specify in the photo journalistic realm started by, like every car Tabor so on. And Robert Capa and all these people are best of the best. And what happened with that is they did this article that this dude is guys responsible for printing all these very seminal pictures. Very, very famous pictures of James Dean, Mohammed Ali and I do have burn and what they did is they took the picture and they put the final picture that you normally would see is the final shot. And then to the left of it, they put all of the instructions that are required inside of the dark room to print. So if you're scrolling through the article and you're taking a look at it, you're seeing the final product. And then you see all of the instructions that that person goes through to be able to realize that picture. And it's a very important thing for you to keep in mind when you're working with this, because what happens is sometimes we tend to not have, ah, good amount of photographic history about what we do. And then all of a sudden, you know, you start getting things like Well, you know, I like to just get it right in camera or I don't like to do any my corrections. You know, just what I see is what I get on with the camera gives me is what I get. And a lot of the times of Mike book. Good luck with that, Like way never really did it that way was never really done that way. So the difference between that dark room and this dark room is that this dark room doesn't smell like at least not like chemicals. But eso that's the cornerstone of everything that we're going to talk about. So we're gonna talk about this concept of layer masking and how to be able to selectively bring some stuff so we could have any questions. You guys want some questions? We can kind of pop in, and now, but I wanted to give you some basic foundations of stuff.