Lesson 4 from: Keep them Coming Back: The Secret to Repeat Sales 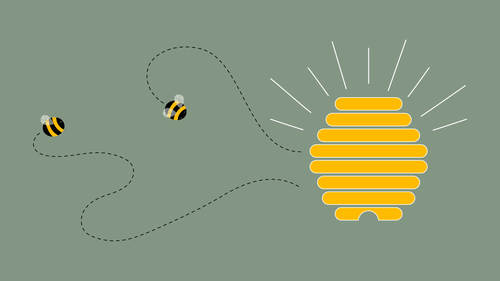 Business > Keep Them Coming Back: The Secret To Repeat Sales > Customer Service Interview With Anthony Graziano

Lesson 4 from: Keep them Coming Back: The Secret to Repeat Sales

Polishing Up The Shopping Experience

How to Take Customer Service Up A Notch

Let me introduce to you anthony grant cno and his brand name is grass so he is a musician and he's also a graphic designer and he's also a customer support superhero at creative life he's actually in the seattle office so and because it's saturday he's not going to be able to join us live so who recorded this ahead of time but if you want to check him out you can look up his work at grass dot bandcamp dot dot com so should we bring up the interview hands on me hey how's it going you good good good I'm so excited to have you on here I think we're going to learn so much from you today s o to start things off like many of the people in the audience and people were going to be watching this course you have multiple passions so you are the graphic designer and musician and producer for your brand grass and then on top of that you're also the customer service superstar for the guys here at creative life why don't you tell us a little bit more about your own business s own my own business is ...

So I am turning 50 however am about 25 in my heart. I just started with a networking business and am somewhat savvy with social media...at least I thought....then Mei enters the room....she is simply fabulous and very easy to follow and learn from. I love her natural calm way of teaching as well. Once I started watching this class, I decided to buy 2 more of her classes and now, I even want to buy the last class I didn't get just in case I start crafting and want to sell something I craft too. Hands down, you will walk away with some good guns / ammunition on your belt as far as tackling the social media giant. Thank you so much Mei Pak coming from an at home mom in Hawaii.

That was a great, concise course. Mei Park was very pleasant to listen to, and I think she got all the points across with clarity. The course is focused mostly on selling products online, but I managed to get a lot of gems to apply to my photography business. If you are struggling to build your online presence (and gain more customer loyalty), this is a great course for you!

I'm surprised there are no reviews for this class. I think the class is wonderful! Mei shares a lot of tips and tricks that are easy to implement and kind of common sense, but I know quite a few of us don't really think about (I didn't). The only drawback is that I found Mei's hand gestures VERY distracting - she keeps frantically waving them around (probably nervousness or inexperience in public speaking, I don't know). Other than that, I think this class and the other classes taught by her are a must if you're looking for ways to further grow and improve your handmade business.