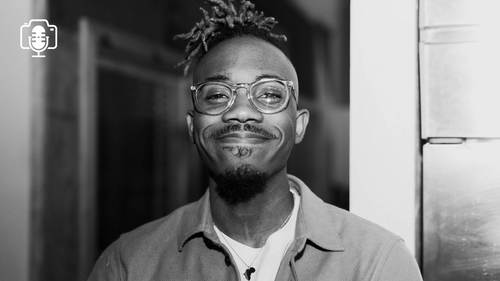 Mhm. Yeah. Hello, everyone. And welcome to Creativelive. Welcome back to Creative Live TV and another episode of our We are photographers Podcast. This is our podcast, both video and audio, where we take you to the homes, studios of photographers, videographers, artists all over the world s so that we can connect with their stories, connect with each other and understand that we're not alone in this creative journey that we're all on. So we're super excited for today's guest who's here for the very first time on Creativelive. And his name is Tammy Coker. And Tommy is a multidisciplinary artist. Hey was born and raised in Lagos, Nigeria, and now he resides in Dallas, Texas, with his beautiful wife. After Tina, they actually co run a studio called Coker Studios. He was an adobe creative resident, Um, in 2018, 2019. He's currently an Adobe Arrow resident, which I want to talk about because it's really cool stuff that came. These creating right now blows my mind on and you will see if you ...

<p>Multidisciplinary artist Temi Coker was born and raised in Lagos, Nigeria and now resides in Dallas, Texas. He&#8217;s an Adobe Creative Resident Alumni and currently co-runs Coker Studios with his wife Afritina. His mix of vibrant colors and textures comes from his upbringing in Nigeria as well as his love for the African Diaspora. His style focuses on evoking emotion through color, patterns, and storytelling. </p>
SEE INSTRUCTOR'S CLASSES