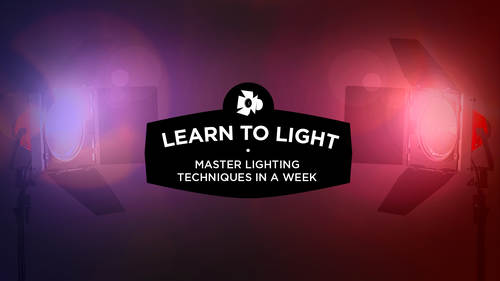 Every photographer has more to learn when it comes to lighting and Learn to Light is your opportunity to advance your skills with instruction and insights from some of the biggest names in photography.  In Learn to Light, you’ll hear from major influencers in photography on how they look at light, what they do in challenging situations, and what lighting gear they can't live without.You'll watch segments with your favorite photographers as they show you how to:

They'll demonstrate how to use all types of modifiers and help you determine what lighting gear will work best in your studio. You’ll even learn about lighting theory and fundamentals and how to apply those concepts in your business.With live Skype calls and comprehensive video segments, you'll be ready to handle any type of lighting challenge, and produce your best images ever!

Click Here to view the course material and purchase Skillset: Best of Lighting!

Tony has been a photographer, an educator, and an author. His photographic works have been featured in publications throughout the world. While he has worked for some of the most discerning clients in the world, he is most proud of being acknowledged and included in more than twenty-five photographic books by other photographers. Tony has photographed three U.S. presidents, The Millennium Summit Meeting of World Leaders at the United Nations, sports celebrities, almost 800 brides and grooms, and a handful of NASA astronauts.
SEE INSTRUCTOR'S CLASSES

Clay Blackmore is one of the most influential and sought-after photographers in the world, with a clientele that includes celebrities the likes of Larry King, Forest Whitaker, Jenna Elfman, and Maria Sharapova. His photographs are routinely featured in Washington Life
SEE INSTRUCTOR'S CLASSES

Sue Bryce should be an educator. She explains things so smoothly and easy to understand. I liked her style using natural light. Took many notes and should experiment using her explanations. Knowledge is nothing without skills.

thoroughly loved it. this course was presented in a very user friendly format.. I bought the LR5 manual and there is no way, I could learn to utilize LR fully just from reading it alone.