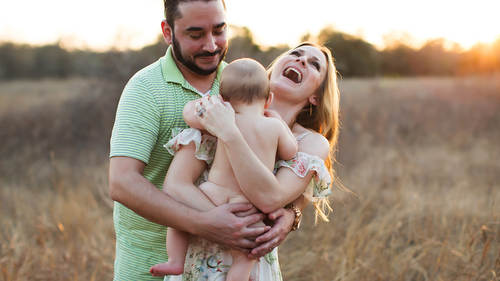 We do have a bunch of questions, we saw how fast you are, we saw how quickly you're working around, so kind of coming back around to the type of gear you use and how you're focusing and those types of things. So let's start with do you just have one lens when you're out there shooting so that you're moving forwards and backwards or what kind of lenses do you use? So I have, I always say I'm a camera gear minimalist. I'm don't, I'm not a big gear person. But I do have three lenses that I use for family photography. So my 35 millimeter, I'm a Canon shooter, 35 millimeter 1.4, a 15 millimeter 1.2, and a 135 2.0. And I do change lenses. In here obviously I was not changing lenses 'cause this is not a realistic situation but I do change lenses, usually a couple of times. And what drives me to change the lens is if I want one, you know, back from the slide that's more panoramic and has more scenery then I'm gonna pop that 35 on. If I feel like I want more compression, so I want the backgro...

I would recommend it because it shatters a few misconceptions about building a lifestyle photography business that a newcomer like me battles on a daily basis. So much information on the internet and just so much of it is false and should even apply. But we do, we waste our time and resources on pursuing phantom myths about the business and we suffer. Our families suffer. Elena addresses some of those misconceptions here and gives you some tips and models to follow to help navigate as a new start up business. She made me feel like my passion for this is not misplaced and to keep going. This isn't an all encompassing tutorial on everything you need to have a successful business. If you are looking for that, you won't find it...and heaven help you if that's your goal. But, it does do what it says it will do. Help you learn and understand the necessity of posing in a lifestyle shoot and implement poses that will put you and your families at ease and on the path to a successful session. I'd definitely recommend it for it's price point. It was very useful.

Elena Blair is a talented, positive and creative teacher. She is a great communicator, and builds you up as the student to be proud of where you are as an artist, while at the same time, motivating and inspiring you to take it to the next level. It was really neat to get a front row seat to her process. She is very energetic, and offers a refreshing perspective on how to run a session and a business. Awesome class! I can't wait to see what she does next!

Excellent course and great teacher. I love how clear and conscience she is. I also appreciate how she gives specific examples of her work, and step by step instructions on how she sets everything up. There are so many tips that I will be incorporating. I would highly recommend this course.