Lesson 18 from: Lightroom Desktop for the Photo Enthusiast 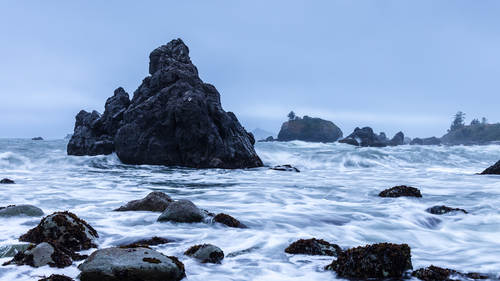 Lesson 18 from: Lightroom Desktop for the Photo Enthusiast

Learn how to make complex masks for adjusting specific areas in your photographs quickly. After watching this lesson, you will know how to create amazing effects in your photos that most people can’t even to in Photoshop.
Show Transcript

let's go into light room and find another photo to work on. But this time we're gonna work on a landscape and we're gonna start with a landscape. That's a this is a pretty easy landscape to work on. The first thing I notice is I've got some spots in the sky so I'm gonna go back to the healing brush really quickly and just get rid of those spots in the sky. But I don't wanna have to zoom around and look. So I'm going to turn on the visualized spots option And I can see wherever these little donuts exist. I'm going to have to get rid of those so I'm just getting rid of donuts, turn the opacity up to 100%. Get rid of those donuts real quick. There's another one right up there and I think there's probably one right there. It's very easy to see the donuts by turning on that visualized spots. I would hate to have to try and find these spots by zooming around looking for them so much easier just to go in and look for those spots by visualizing them. And by the way, you can change this thresho...