Lesson 1 from: Living Life on Purpose 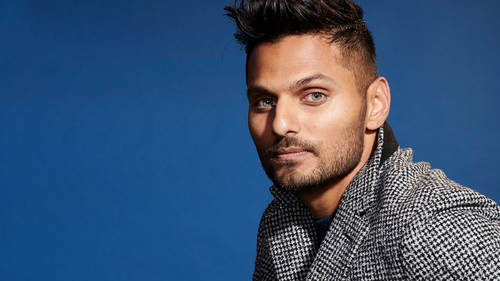 Lesson 1 from: Living Life on Purpose

I love you. Hello, everybody. Welcome to another episode of the Chase Jarvis live show here on Creativelive. If you are just now tuning in, then I want to welcome you to our lovely home here at Creativelive. Whether you're watching at creativelive dot com slash tv or on Facebook or YouTube and neither places we push our stream to one. I welcome you. I am super excited for our guest today. Someone who ah has been in the creativelive orbit for some time. We've been excited to have him on talking. Ah, profit's probably four months now, and I've been kicking around the idea of coming on one another shows and it couldn't be more appropriately time giving these a his area of focus and be these crazy times that we're in. But before I welcome my guest, I want to again welcome you and let you know that we had creativelive are doing everything we can in these uncertain and strange times to provide. Ah, you all with learning around creativity, entrepreneurship. Ah, specific. We've made our health...

Since launching his video channel in 2016, Jay has produced over 400 videos, which have amassed more than 6.5 billion views and gained over 34 million followers globally. In 2017, he was named in the Forbes magazine 30-under-30 for being a game-changer in the world of media.
SEE INSTRUCTOR'S CLASSES