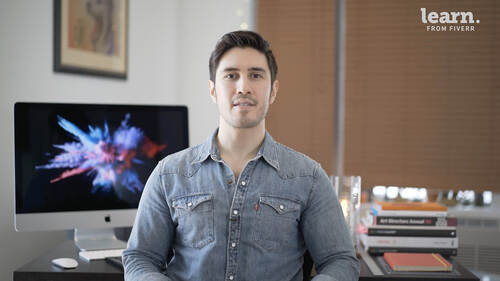 this lesson is about typography as it relates to your logo designs. Remember synergy is key many times a monogram and a pictorial logo needs supporting type. This is usually the full name of the company, choose a typeface that complements your mark but doesn't overpower it. Remember for a monogram especially type should always be secondary. Try not to mix too many fonts either. Usually for a logo, you shouldn't use any more than two. One is actually pretty common. You could use two different weights of one font. But the only exception to this guide is if your actual concept involves using multiple funds for a specific reason and again, this is going to be a very unique use case and I wouldn't concentrate on that too much. I would stick to the rule of no more than two fonts per logo. Think about secondary fonts that have similar qualities to the monogram or go in the complete opposite direction and pick something that creates a lot of contrast for this exercise. I'd like you to follow a...

Great! highly recommended this course for all designers.