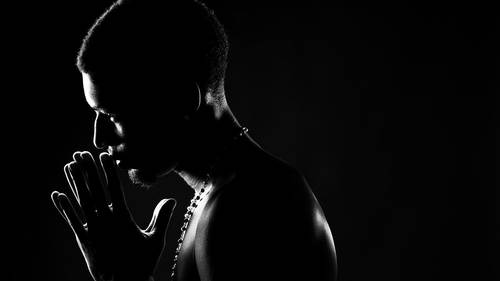 Let's go ahead and start with footage. So the first piece of footage that we know that we have is the big establishing shot that I did of him making latte. Instead of wondering what the format and what to this and how to be able to do that, I'm just gonna grab it and I'm just gonna drag it right inside of Photoshop. And you're done. Right, because now you have that footage that appeared and a couple things that I think that you should know. The first thing that you should know is that you're using a new section over here called Timeline. So that timeline runs from left to right as you hit the spacebar, or you hit this play head right here. Well, go ahead. It's good, good. Come back. So, this green area that's right here is the area that is rendering, right? So that information is all rendered so it's gonna play a lot smoother. Well, go ahead. It's good, good. Come back. Hit the spacebar again and you're good. All of these things we'll talk about in a little bit. The other thing that yo...

Photographers and Designers are quickly finding that video is an essential part of presenting their creative work to the public. The problem is most creatives fear the learning curve of working in a video application. In this 60 minute class, you will learn everything you need to create a compelling video - from adding images and designs, to adding titles, transitions, audio, and effects - all inside of Adobe Photoshop®.

I am so excited about this class! I knew there had to be an alternative subscribing to a pricey service that allows one to display images and video clips in a video format. This class gives you all the tools you need to whip out a custom video showing shoots and images taken during them. I cannot wait to employ RC's excellent instruction. Great class!!

great class. This is one area of PS that I am sure most people are unaware of. Great class. Practical applications. Love RC's presentation.

Wow! I had no idea that you could do video in Photoshop! I have been wanting to incorporate video clips into my client gallery slideshows. This was such a cool walk through, and at a manageable pace too! Great class!