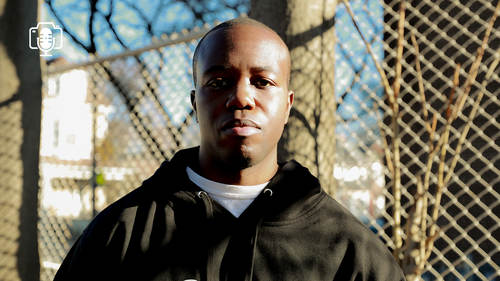 Mm. Yeah, yeah, yeah. Mhm. Right? Yeah. Hello, everyone. And welcome to Creativelive. I'm your host, Ken Klosterman, coming to you from my home to yours, to the home of our guest today a genie, Charles. And before we get started with this episode of creative live TV where we are recording a brand new episode of our podcast, we are photographers. I want to invite you all to participate. If you are new here to creativelive. Welcome. We have a global audience that tunes in from every corner of our beautiful planet. And we love to hear from you and give you those shout outs. So whether you are tuning in right now on creative live TV, where there is a chat icon you can up in the corner, you can click on that type in where it is that you're tuning in from, or if you're on any of our social media channels, you can do that as well. Uh, so let's get started. I am super excited. Like I said, uh, to bring on the show today. Johnny Charles. Johnny is a photographer, a director producer, a mental h...

In this episode, Ajani explains what mindfulness is, the research-based science behind it, and his personal journey to becoming a mental health advocate. You’ll learn about the many ways a mindfulness practice can benefit your creativity, career, relationships, and life. We discuss how being a workaholic or perfectionist can actually be socially acceptable coping mechanisms for anxiety and fear. He shares his favorite apps, actions, and tools that can help anyone come out on the other side of burnout. You’ll be inspired by Ajani’s life-long grit and perseverance to navigate uncertainty and thrive.

Ajani Charles is a photographer, director, producer, mental health advocate, and a Canon Canada ambassador based in Toronto. He’s the founder of The Visionaries — Toronto-based photography and cinematography non-profit and educational program, providing mentoring to youth. His photographic documentary “Project T Dot” is a visual chronicle of the city’s hip-hop culture. Ajani’s clients include H&M, Universal Music Group, Bridgestone, Christian Dior, Calm, and the UFC. His work has been featured in publications such as Complex, Jay-Z’s Life + Times, and Vogue.