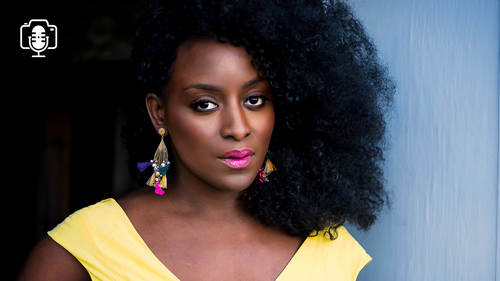 today I am very happy to have with us Cash of Lambert. Kesha is joining us all the way from New York. And she is a award winning photographer and educator. She has been published in a lengthy list of magazines and I can't wait. Teoh dive into all of that. So, Kesha, welcome to Creative. I've Thank you. Thank you so much for having me for the warm welcome to keep that with you. You are so welcome. So, first of all, I hope that you and your family are doing well. Um, of course, we're recording this in the Kobe two times and we're recording this live on Creative Life TV, which is our new channel, where we are bringing folks to the kitchens, living rooms, home offices of creatives and entrepreneurs all over the world to both entertain and inspire and connect us also. If you are tuning in right now to the live version and you're on creative live TV, click on open into the chat. We're walking up watching on Facebook or YouTube. Let Kesha and I know where it is that you are tuning in from and...

Our weekly audio podcast We Are Photographers brings you true stories from behind the lens and behind the lives of your favorite photographers, filmmakers, and industry game-changers. From their struggles to their wins, host Kenna Klosterman discovers the real human stories about why they do what they do.

In this episode, Kesha Lambert takes us on her journey from being a lawyer to running a successful wedding photography business with associates. She describes the aha moment when she realized she had the power to define her own success while doing something that she loves. Kesha takes us back to her childhood as both a book worm and a creative daydreamer. Hear how being an empath and introvert has served her well on wedding days, and how learning to hold true to her signature style has led to Kesha's longevity as an entrepreneur.

Kesha Lambert is an international wedding and portrait photographer, a Sony Artisan, a speaker, and educator based in New York. Fordham Law School graduate and Lawyer admitted to practice in New York, Kesha’s fascination with photography inspired a career change and a focus in weddings. She has been published by People Magazine, New York Times, Essence, Inside Weddings, MunaLuchi Bride, Huffington Post, Black Bride Magazine, and many more. Curious about life, love, people and art, Kesha has had the honor of personally documenting hundreds of weddings to date for couples from all over the globe.