Lesson 6 from: Negotiating Your Contracts 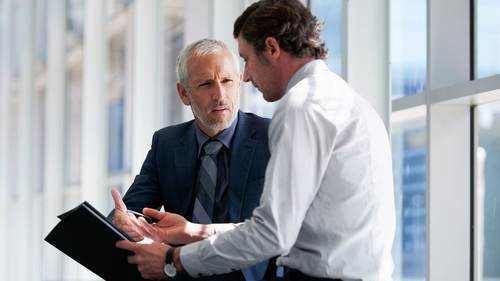 Lesson 6 from: Negotiating Your Contracts

What Is A Negotiation

How To Build Rapport

How To Prepare For A Negotiation

What Is Your BATNA?

Negotiation As A Tool For Research

Everything Is Up For Negotiation

the no, the dreaded, no, the no, that shuts down everything. My entire goal in negotiations, not only see someone as a partner, but also to try to get them in what's called the yes ladder. The yes ladder is a very famous psychological concept. It's really important for sales. It's just as important for negotiations. A yes ladder is that once you get someone to start saying yes, even on small things, they're more likely to keep saying yes. So the biggest thing that mistake that people make is they enter negotiation with the big ass right up front, right, they say, hey, you know, I, I really gotta negotiate. This place has been a tough year for us and I've just, I've got to get our rent down, we've got to pay less for around, I've got to pay $3000 for a month for rent and then immediately that person's like, no, no, no, no, no, we can't do that. That's starting on a know what you actually want to do is think about all the things you agree about and start with those things and this could ...

be as small as, so it looks like our lease is up in a month. Right? That's a yes question. Right? So even just confirming details, so it looks like our lease is up in about a month. That sound right? Yes. Well, it's it's been a great, I've loved being in the space for last three years. It's just been such a wonderful building. Yes, it is, a landlord is not going to disagree that it's a wonderful building and um, you know, I I also noticed that um in the least you have this extension coming up and we do that for another two years, Right? Yes. Psychologically speaking, those sound like really small things, but that's actually getting a yes momentum. That's when you can transition into trying to get a win win outcome. Which is listen, I know this is hard. No, it's been a hard year. It's been a hard year for you guys to I'm sure yes, I would love to hit the reset button and figure out something is going to work for both of us because I do not want to leave this building. I really want to make this work. Yes. So your goal here is to make a list of 3-5 yes questions and start with the small things. Like for example, you might have gotten to the question, we really don't want to leave this building and they might not say yes. Well that's super helpful information to know because what if they say yeah, you know about that? We need to do some renovation on the elevator shaft, like we're overdue for it. And so we'd love to have in the building, but we, we just do not know how to do this renovation within the building. Now. That's super helpful information for you to know because you haven't even gotten to the price asked yet, but you haven't even gotten to the hard won. What you can say is interesting. How long is that renovation supposed to take? How much is it gonna be, Would we be whether whether the space be unusable or would it be usable so you can begin to ask questions that might become your bat nas. So the goal in the yes ladder is not only getting them to say yes, it's also ideally getting information that could help you comfort alternatives. And so I would even be confirming like, so you know originally when we signed up we had parking spaces but let's go down to eight, right? Yes. And actually wanted to tell you about that we actually have to go down to six. Oh you have to go down to six. Okay. There is an interesting data right then you can frame a price discount with the parking with the parking loss. So what you're doing is it's a research gathering process as well as trying to get to agreement and the very last rung on the ladder is the big ask. Hopefully if you do your yes letter right before you even get to that they say yeah, you know it's we're only down to six parking spots and we have to do at least a month of elevator renovation. Listen, I'm going to give you I want to offer a discount on your rent if we're going to do that. And then they offer what you were looking for in a really good yes letter. They offer what you're looking for.