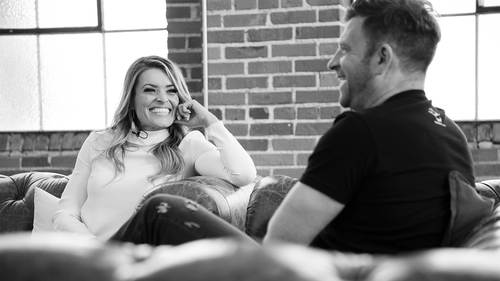 Erin. What's up? It's Chase. Welcome to another episode of the Chase Jarvis Live show here on Creativelive. Don't know the shows where I sit down with amazing humans and I do everything. I can't unpack their brains with the goal of helping you live your dreams. Whether that's in career, in hobby or in your life. My guest today is the one and on the in inimitable, which is a photographer. She's a business strategist. She's a founder of social curator dot com, and she's a dear, dear friend of mine, Miss Jasmine star in the house that you love you okay, I'm all this fanfare. I'm gonna refer just a sec. Usually it's nice to let the guest talk early on in the show, but I'm gonna just gonna hijack for, like, 30 seconds. This is full circle. So I believe you were like, Guess, number three or four. This show has now been running for 10 years. Creativelive has been running for nine years. So you're a guest three on this podcast when it was a video podcast on Apple or had to pay for every single...

Can you believe this show has been running for 10 YEARS! Today’s guest was one of my earliest guests, and long time friend, Jasmine Star. Jasmine is a photographer, business strategist and founder of Social Curator. If you’re an OG listener, you’ll hear some behind the scenes stories of some of our collaborations, including the internet’s first ever LIVE wedding (where Jasmine taught CreativeLive’s first wedding photo class – attended by 150,000 students!) More important than reminiscing, though, we go deep on finding your voice, adopting children, homemade tortillas, dropping out and reinventing yourself in an entirely new career.

Jasmine’s journey is one that many creatives can identify with, from facing difficult times, how she found her feet and her personal process of transitioning from one career to another. She articulates how to make that transition and gives us very practical advice that will add heaps of value to you.

We also talk about...

Jasmine Star helps entrepreneurs build a brand and market it on social media.  After quitting law school, she picked up a camera, built an internationally recognized business, and teaches others how to do the same.  In addition to chasing wild dreams, Jasmine works with her husband and grumpy dog, and you'll likely find her walking her hometown streets of Newport Beach, California with a box of
SEE INSTRUCTOR'S CLASSES

Well worth an hour of your time to watch this interview. The message delivered is honest, open, inspiring and motivational.

Such a great interview, if you are an entrepreneur, small business owner, corporate professional - watch it - this is gold!