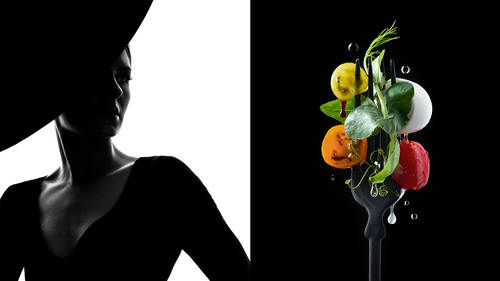 Hey everybody, welcome to Creative Live. This is our wrap-up of Photo Week 2017. So happy you're here, happy you're here in this live studio audience, and hello, internet, my name is Mike Hagan, I'll be hosting our wrap-up show tonight, our panel on staying relevant in the photo industry. With me tonight, we have three prominent, awesome photographers, who I've had the opportunity to know, get to know this week. We've got Clay Cook, Ian Shive, and Michael Clark, and in about two or three sentences, tell the world about you, if you could. Clay why don't you start, and tell them who you are and what you do. Okay, I'm Clay Cook, I'm an editorial and portrait photographer based in Louisville, Kentucky. I said Louisville, not Louisville. And I am, I shoot for a lot of magazines, and I have the fortunate opportunity to travel all over the world, and shoot for a lot of various NGO's on the ground, and very blessed to do it. Cool. Great, I'm Ian Shive. I started as a nature and landscape...

Michael Clark, Clay Cook and Ian Shive will join CreativeLive in this panel event covering the photography industry and how they have navigated its evolution. Hosted by Mike Hagen, the panelists will discuss some of the challenges they've faced in their careers, and what they are doing to stay relevant in this fluid industry.

<span style="color: rgb(0, 0, 0);">Ian Shive is a photographer, author, film and television producer, conservationist, and innovative businessman.  He has worked with some of the most important outdoor organizations including the Nature Conservancy, the Sierra Club, the Environmental Defense Fund, the National Parks Conservation Association, and the U.S. Fish and Wildlife Service.</span>
SEE INSTRUCTOR'S CLASSES

<b></b><p dir="ltr"><span style="color: rgb(21, 21, 21);">Photographer Clay Cook has learned the importance of going the extra mile, after a long, arduous run in the music business. As a result, his wisdom, field experience and work ethic has pushed him further into an inspiring career in advertising and editorial photography.</span></p>
SEE INSTRUCTOR'S CLASSES