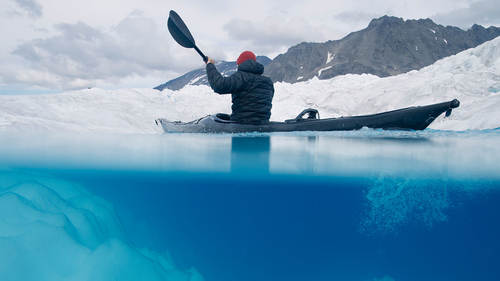 So we have, nice one, I'm gonna start with this one first, Blake. Wow. That's crazy. I don't know what this guy is welding, but it's crazy, it's like a lion, tiger. It's cool image. He's using like strobes we can see to the right of the subject. So I'm seeing Blake went through some effort to get this photo. Like he worked for it. So I'm wondering why, my first question is what is happening here? Again, a few sparks. But, you know, they're not adding too much. I wouldn't be too mad if this photo was a square or a portrait. 'Cause he worked well on the light. That's nice. It looks like he darkened this in post. I don't know exactly what, oh no, the strobe probably did it. Yeah, I would have just had this photo be a portrait again or a square. You know, he worked on the light, the subject looks pretty cool, like steampunk glasses, so I like that. But just like cropped differently, shoot it portrait. Here's Dave. This looks like, wow, nice place again. So. I mean, I'm wondering why the su...