Lesson 1 from: Photography’s New Guard: The Rise of the DIY Career 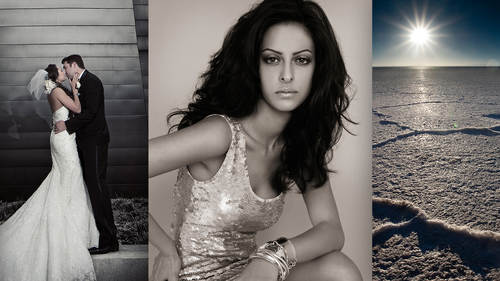 Lesson 1 from: Photography’s New Guard: The Rise of the DIY Career

Welcome back to creative live vote a week I'm rob adams and I'm vanessa joy and this is the creative life photo week panel over the last two decades, every industry on the planet has been transformed by new technology and from out of the ashes of the old and outdated has risen a new generation of creative self starters. Well, today we've got a panel of seasoned veteran photographers and I'm going to ask him to weigh in on a topic that affects the entire photographic world so let's get right down to it and introduce our panelists to my right here we have award winning what he talked for an educator susan stripling welcome way have two thousand twelve w p p I photographer of the year and nikon ambassador to the united states clip monitor from seattle celebrated photographer michelle beats we have next to her a pulitzer prize winning documentarian talking for helling from san francisco, california d n fitzmaurice and of course last but not least the man who needs no formal introduction we...

"Wedding films are my life. It's all about the the story-telling. The art of seeing action, drama and beauty unfold and then harnessing the emotion of it all and the making it come to life on screen...that's why I do
SEE INSTRUCTOR'S CLASSES

Michelle Bates has been playing with Holga cameras since 1991, and has become a world renown expert in toy camera photography. Her book, "Plastic Cameras: Toying with Creativity" is the go-to book on the topic, and Michelle is a popular
SEE INSTRUCTOR'S CLASSES

Mike Corrado has been a photographer and visual artist for over 35 years and has recently celebrated his 29th anniversary with Nikon USA. As the Manager of Nikon Professional Services- Product Marketing, Mike’s extensive career has included time as a
SEE INSTRUCTOR'S CLASSES

While I don't have time to take any courses right now the photography is spectacular! Jeff Noahr