Lesson 1 from: Portraying Dignity in Portraits 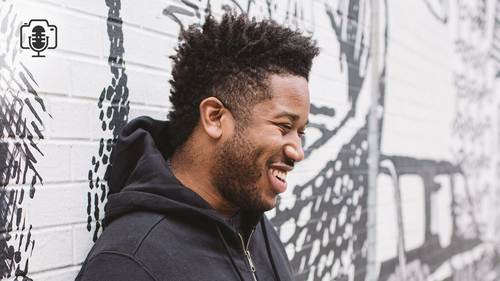 Lesson 1 from: Portraying Dignity in Portraits

What? Hello, everyone. And welcome to Creativelive. Welcome back to Creative Live. I am your host, Ken Klosterman. And today we are recording another episode of our podcast. We are photographers where we talked to photographers and filmmakers from all over the world Bring you directly to their homes Now, from my home now, um as we are this year, we're recording now at the end of October 2020. So as we like to do, be sure to let us know in the chat room. If you on creativelive dot com slash tv, you can click on the chat icon and that will allow you to interact with us while we are live. And if you're watching on socials is well, be sure to drop in where it is that you're tuning in from. We love to hear those shout outs. So I am super excited to bring on today's guest, Andre Loro. Ah, he's coming to me all the way from Brooklyn. He is a Jamaican born photographer and visual artist. He was an adobe creative resident where he was exploring stories across this country he has. He continues t...

<p>Aundre Larrow is a Jamaican-born photographer based in Brooklyn, NY. Beyond these frankly reductive labels, at his core, Aundre seeks to understand people. From his work as an Adobe Creative Resident exploring stories across the country to working on the set of W. Kamau Bell&#8217;s United Shades, Aundre seeks to see the fundamental truth in each human being, regardless of background, culture, or upbringing. The primary question he asks in his work is, &#8220;What is the shortest distance from me to you?&#8221;</p>&#10;&#10;&#160;&#10;&#10;<p>When Aundre received a Minolta from his high school drama teacher at 15, it wasn&#8217;t as much a discovery as it was a completion, an additional sense with which to navigate the world. He truly believes that all people are worth knowing. That pursuit has taken him to Arctic National Wildlife Refuge to capture the Gwich'in people, to his home state of Florida to document the stories of formerly incarcerated folks fighting for their right to vote and to WeWoka, Oklahoma to photograph the largest Black-owned farm in America. His work is an honest portrayal of social issues through the eyes of his subjects who he views as collaborators and not just people to fill his frame with.</p>
SEE INSTRUCTOR'S CLASSES